Since mascara should be replaced every 3 months (or as soon as it starts smelling funky!), I always like to use this time as an opportunity to try something new. I’m always a sucker for mascara ads (even though they’re usually false eyelash and computer “enhanced”). Over the past year, I’ve caved to lash blasting images of Cover Girls Drew Barrymore and Rihanna. I mean…it never hurts to try, right?! My lashes definitely need it. With some of the drugstore mascaras I try, I’m pleasantly surprised with the outcome while others…leave something to be desired. Read on for reviews…and just maybe you’ll score a drugstore mascara find that’s right for you (or save the $10 that you would have otherwise spent on it!). 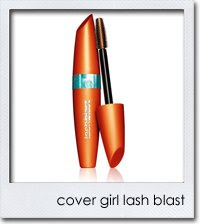 Cover Girl Lash Blast
Lash Blast has been a personal favourite in my make-up stash since its release last year. The stiff comb-like super wand helps me distribute the mascara to all my lashesâ€”even those tiny baby eyelashes–and these lashes especially need all the help they can get! Iâ€™m convinced the large comb-like brush coupled with the over-sized tube actually works better than the usual fibre wand to maximize product distribution from the tube to my lashes. At only about $10CDN ($8 when on sale!), this mascara is a great deal and definitely comparable to higher end (and higher priced) mascaras. 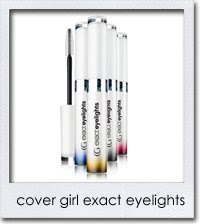 Cover Girl Exact Eyelights Eye-Brightening Mascara
I love the idea, but Iâ€™m pretty skeptical when it comes to mascaras that are supposed to be â€˜highlightingâ€™, so of course I had to try it out for myself. I wanted to believe the marketing hype with this mascara, but found that it fell short of what it promised. I scooped up Eyelighting in Black Sapphire, the recommended choice for brown eyes. Once applied, I found the Eyelighting mascara to be no different than any other black mascara. The wand is similar to the one found in Lash Blast, which works well with my lashes and saves this mascara from being a total waste! Overall, itâ€™s a decent mascara, but I doubt Iâ€™d see a noticeable difference if I were to use the black mascara for blue eyes, the one for green eyes, etc.! 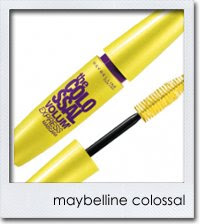 Maybelline The Colossal Volum’ Express
I love when my lashes are big and bold, so Colossal? Bring it on! The cross-over multiple fibres of the brush worked well to build up product on my lashes, but actually distributed too much for my liking – weighing my lashes down and undoing the usual eyelash curler lift. The colossal-sized brush also made it difficult to get at the inner and outer corners of the lash line, without the mascara smudging on my skin. As I do prefer the look of volumized lashes, I found it tough to build up coats without looking clumpy (I blame the wand!). The final result were lashes with length, but I would hardly give them the attribute â€œ colossalâ€. All in all, a decent mascara, but I likely wouldnâ€™t purchase it again for my own personal use. 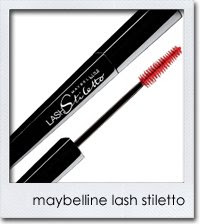 Maybelline Lash Stiletto
Lash Stiletto claims to do what for your lashes what it does for your legs â€“ and who doesnâ€™t know the power of the tall heel? Lengthening usually isnâ€™t what I look for in a mascara, but I was pleasantly surprised with the results from Lash Stiletto. The tapered brush (shaped like a tall heel) works brilliantly to build up mascara on the lashes, without being clumpy. The finished result lengthens and adds volume to the lashes. The skinnier end of the brush helps you really define the inner and outer corners of the lash line, where the hairs tend to be short and fine. I love the sleek packaging! Relative to the two â€˜bigâ€™ mascaras mentioned previously, the Lash Stiletto tube is more compact in size allowing me to squeeze more items into the daily make-up kit I throw into my purse. 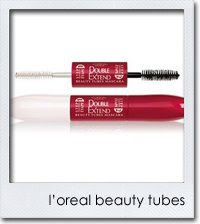 Lâ€™oreal Beauty Tubes Mascara
Back in early December, I was given a sneak preview of the then soon-to-be released Beauty Tubes Mascara. Lâ€™orealâ€™s latest mascara aims to take your lashes to new heights with a microfibre primer plus mascara product, all in one tube. Once applied, I did notice my lashes were longer with the microfibre extensions at the tips. The mascara works great as a lengthening mascara; Iâ€™d recommend it for those (blessed) beauties with already full lashes that just need eparating and lengthening power in their mascara. See the original review here.

artistrhi weddings update: photos from gorgeous bride Ellen’s Big Day are now up on the site! For Ellen’s bridal look, I airbrushed her foundation…